Descendants of the early merino breeds, Arapawa are found in remote mountain country on both main islands.

Their light build, together with their rather long legs, makes them a very active sheep as befits animals which had to survive for more than a century in very steep and hostile terrain - not infrequently invaded by equally hostile human hunters.

A mature ram will have a full curl, and makes a handsome trophy. They are rated as a hard hunt due to their extreme wariness.

Arapawas are not large sheep, being rather lean and light-boned. The clear narrow face and head, with alert bright eyes, is set on a long neck and topped with slender ears.

Rams may have spiralled horns which can be over a metre in length.

Their most common colouring is all black with a depth of blackness which is particularly striking in the lambs, but Arapawas may often have white points, and on very rare occasions be pure white.

The most strikingly coloured are those which are spotted with white over the whole body, and which are often referred to as 'cocktail' Arapawas. 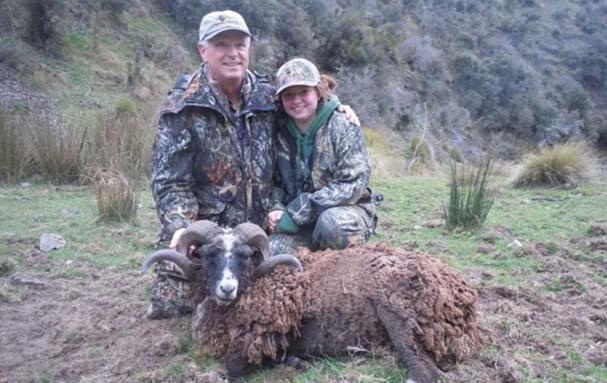 Call in USA Call in NZ